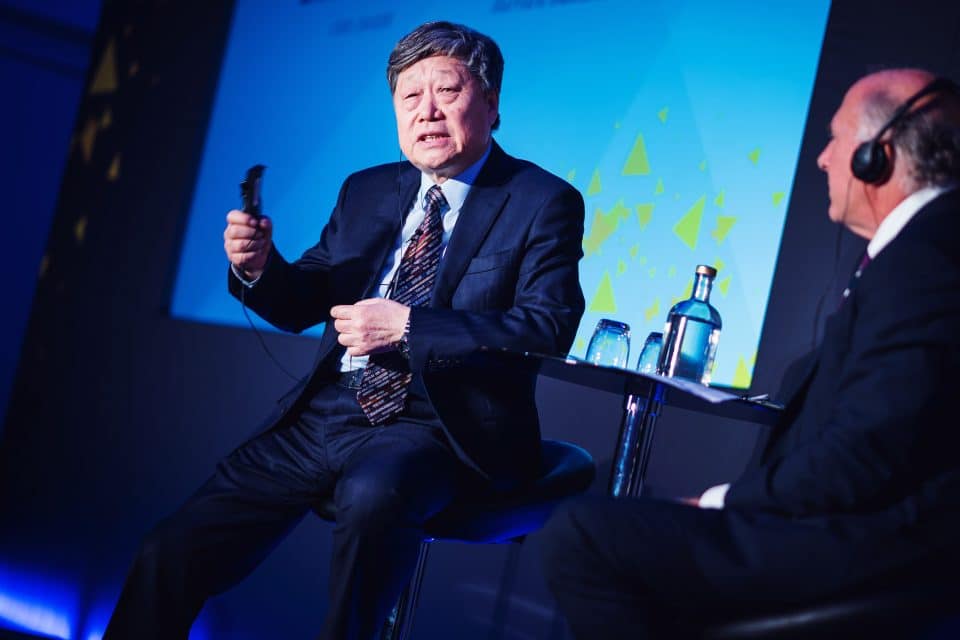 In 1985, shortly after Zhang Ruimin had reluctantly taken over running the small and near bankrupt Qingdao General Fridge factory in China, legend has it that he came across an assembly line with 76 sub-standard units. Rather than allowing them to be sold off cheaply as ‘seconds’, the young general manager picked up a sledgehammer and got to work personally destroying some of the fridges. The workers who had produced the shoddy goods were instructed to finish off the task.

Zhang’s zero tolerance approach to poor quality was followed up with a series of simple commandments posted on the factory wall. The first was that employees were no longer allowed to use the shop floor as a toilet, a common practice up to that time.

Today, that near bankrupt and chaotic little operation has morphed into Haier, a global corporation that claims a 10.5% share of the global home appliance market, with related brands including Candy, Casarte, AQUA and GE Appliances. The firm employs over 70,000 people worldwide and enjoyed profits of over 33-billion-Yuan last year (€4.26 billion) on a turnover 266 billion Yuan (€34.36 billion).

Far from being just a behemoth manufacturer, however, Haier has been ranked among the top 10 most innovative firms in the world by the Boston Consulting Group  and  the strongest Chinese corporate brand by The Financial Times while its far-sighted business model is now the subject of case studies at Harvard Business School and MIT.

Sitting in a hotel in west London recently, the morning after being honoured by inclusion in the top half of the Thinkers50 ranking of the world top business thinkers, Chairman Zhang happily recalls the sledgehammer story. The tool in question sits in a glass case at company HQ lest anyone still doubts the corporation’s commitment to quality.

“With only a little defect a machine becomes a wasted product, even though it can be sold at a lower price. I asked those responsible for the faulty products to smash them with their own hands as it was a question of taking personal responsibility. People would blame problems in the supply chain, with components and parts they received. After we established a quality management system it required that everyone shoulder their own responsibility,” he tells Decision.

The story about sabotaging the fridges were viral, landing Zhang in trouble with the Chinese authorities at the time but pushing boundaries has been the hallmark of his 34-year tenure.

By 1988, Zhang’s restless drive for quality has resulted in the awarding of the highest accolade for quality in China. The company achieved scale through acquiring loss-making Chinese competitors and it eschewed pursing low value, high volume markets in favour of building its own high-value brand, becoming China’s largest fridge-maker in 1999.

Changing the culture was crucial. Zhang has pioneered a system of management called Rendanheyi, which draws inspiration from both Chinese and western thinking. Put simply, this aligns employees with the creation of customer value. Middle management layers have virtually disappeared, and compensation is directly aligned with satisfying customer needs, rather than being based on organisational hierarchy.

Bureaucracy, a stifling force in larger organisations, has been eliminated. Instead, Haier is organised into 2,000 self-managed teams known as zi zhu jing ying ti or ZZJYTs. Employees are no longer passive order executers but instead are parts of teams that bid for customer orders, which are awarded by managers. Entrepreurship and true innovation – providing solutions to customer needs – are thus embedded into the organisation’s DNA.

“When companies are small, they can be more flexible and responsive, whereas when they grow, they become a pyramid where information is passed from bottom to top and decisions from top to bottom. In the Internet era, this is too slow, so we turned this upside down so that the frontline employees are at the top and leaders at the bottom supporting them. Every employee is a leader and entrepreneur,” Zhang explains.

Haier’s metamorphosis over three decades into the world’s biggest white goods company involved several stages, starting with building a domestic brand, then diversifying into other white goods, internationalising and then developing its global branding strategy. Its latest phase, however, is its most innovative to date.

“A product has a finite destination whereas experience knows no end. We don’t see the purchase of a product as the end of a transaction but just the beginning of a user experience.”

Haier’s Internet of Clothing concept is just one manifestation of a highly customer solution focussed business model as Zhang explains:

“For a modern enterprise an over focus on product by itself will lead you nowhere except perhaps to price wars. In the internet age user experience is more important so products should reflect that. So, we have washing machine that is connected with thousands of products and service providers including clothing and detergent product providers so our users can enjoy a full cycle from shopping clothing online to washing and taking care of clothes. In this way, our machines create eco-system revenues. A product has a finite destination whereas experience knows no end. We don’t see the purchase of a product as the end of a transaction but just the beginning of a user experience.”

This Internet of Things strategy is replicated across other sectors such as food with smart fridges and freezers. The company collaborates with leading brands such as P&G across the entire eco-system of providing better customer solutions. The over-arching principle is the creation of a value-driven win-win eco-system.

Open innovation platforms have been developed in the firm where employees can make suggestions for new initiatives and bid for funding, a system Zhang describes as “allowing the cream to rise to the top”.  Haier employees are encouraged to establish their own micro-enterprises.

Zhang is clear, however, that the choice for those working at the corporation is stark:

“Our proposition to our employees is simple: Become a leader or entrepreneur or leave our organisation. We no longer provide our micro-enterprises with financial support. Instead we ask them to go out into the wider community to acquire venture capital investment. If they can do this, they can acquire their own resources to develop their businesses. If they can’t, they will have to dissolve.”

With 34 years’ service, Zhang says his own passion for the business remains strong. A devotee of Peter Drucker, he says that companies are about self-actualisation for people, not maximising shareholder value. Ownership shouldn’t be handed out; however, it needs to be earned.

That notion expends to those working outside the bounds of the Haier corporation, he adds. 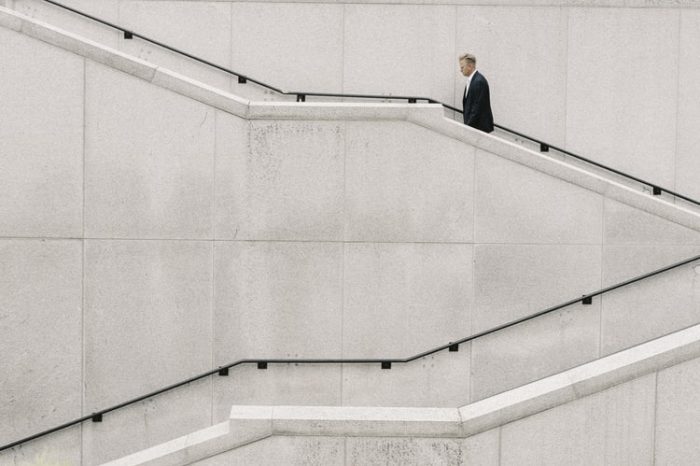 How to build resilience and adaptability for the ‘new normal’ 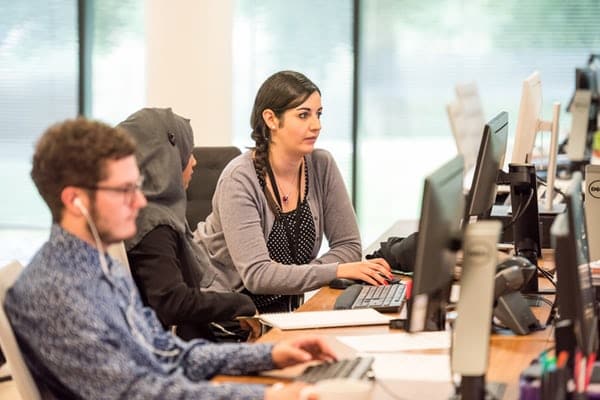 Creating a Culture that Inspires Innovation 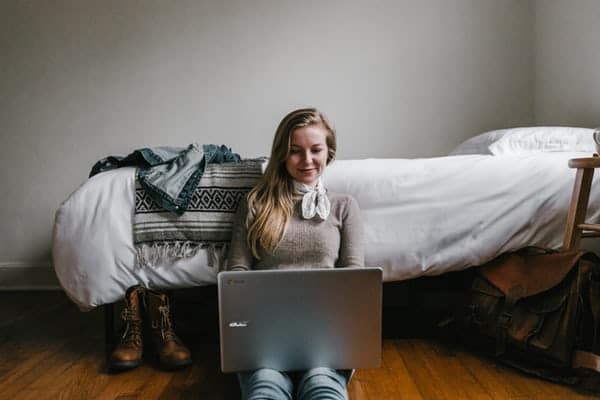 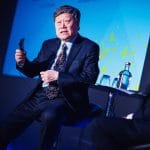