The pandemic has alerted us to the power of walking says Barre Fitzpatrick. It could save our lives or at least make them longer

It seems we have discovered the obvious. That walking is good for us. It may have taken the Pandemic for some us to stumble on the simple pleasures of a stroll in the fresh air. But didn’t our mothers always say that a good walk would clear our head?

The West Wing promoted the ‘walk meeting’ years ago, long after Aristotle. Rousseau apparently learned more from walks than from books. Nietszche tramped through the Alpine woods to think. And Dr. Andrew Murray, sports medicine consultant at Edinburgh University, claims that if you go from being a couch potato to a regular walker you can add 7 years to your life.

Many of us have gone the opposite direction in the past few months and become couch potato Olympians.

‘Sitting is the new smoking’ says Dr. James Levine, one of the US’s leading obesity experts.

You breathe 53 million times in your life. And, like the heartbeat, it is such a basic rhythm in our lives that we don’t even notice it. But walking in the fresh air has some interesting effects on both, according to Prof. Shane O’Mara of Trinity College. The brain, he says, evolved to support movement, and therefore, if we stop moving about, it won’t work as well. Walkers have lower rates of depression.

‘It turns out that the brain systems that support learning, memory and cognition are the same ones that are very badly affected by stress and depression,’ says O’Mara. ‘And by a quirk of evolution, these brain systems also support functions such as cognitive mapping’, i.e. our internal GPS. ‘One of the great overlooked superpowers that we have is that, when we get up and walk, our senses are sharpened. Rhythms that would previously be quiet suddenly come to life, and the way our brain interacts with our body changes.’

‘I have two doctors, my left leg and my right. When body and mind are out of gear… I know that only have to call in my doctors and I shall be well again,’ said George Macauley Trevelyan in 1913.

A century earlier the Danish philosopher Soren Kierkegaard wrote: ‘Every day, I walk myself into a state of well-being and walk away from every illness. I have walked myself into my best thoughts, and I know of no thought so burdensome that one cannot walk away from it.’

Curiously, a study in 1997 by Prof. Robert Levine put Dubliners as the fastest walkers in the world. Somehow, during the following decade, we slowed up to let Singapore, Copenhagen, Madrid and Guangzhou pass us out to leave us in 5th place by 2007, according to a study done by Prof. Richard Wiseman. But it is not an accolade I think we should chase after: the key is not speed but a natural pace, according to O’Mara: ‘The timescales that walking affords us are the ones we evolved with, and in which information pickup from the environment most easily occurs.’ (The Guardian, 28.7.19)

I have been walking with clients since about 2000, when I realised that the first step to unravelling business problems was to Get Out Of The Office. While the piers in Dun Laoghaire became my office, the Great South Wall on the Liffey, the Phoenix Park, and the towpaths along the Thames offered pleasant alternatives.

Broombridge in Cabra where William Rowan Hamilton had his Eureka moment. Hamilton performed a piece of mathematical graffiti by scratching his quaternion formulas on the canal bridge. In an act of mathematical vandalism, Hamilton opened up a whole new mathematical landscape where mathematicians could now feel free to conceive new algebraic number systems that were not shackled by the rules of ordinary numbers in arithmetic. Hamilton freed algebra from arithmetic and he was called the Liberator of Algebra.

I have been walking with clients since about 2000, when I realised that the first step to unravelling business problems was to Get Out Of The Office. While the piers in Dun Laoghaire became my office, the Great South Wall on the Liffey, the Phoenix Park, and the towpaths along the Thames offered pleasant alternatives. I prefer a maximum of two people, and generally follow the initial walking phase with a sit-down over coffee to capture the thinking and put some structure on it. I copy the client later with a report. A series of such walks can chip away at a complex problem, or light the fuse under an ambitious project, before it is ready to be shared with others. In addition, I have found: 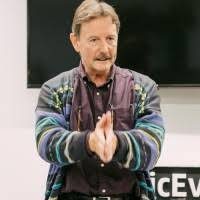 Barre Fitzpatrick is a business coach who has been active in the field of innovation consulting and training for over 20 years with clients ranging from multinationals to SMEs and not-for-profits.

Interesting approach that has particular relevance in current times.