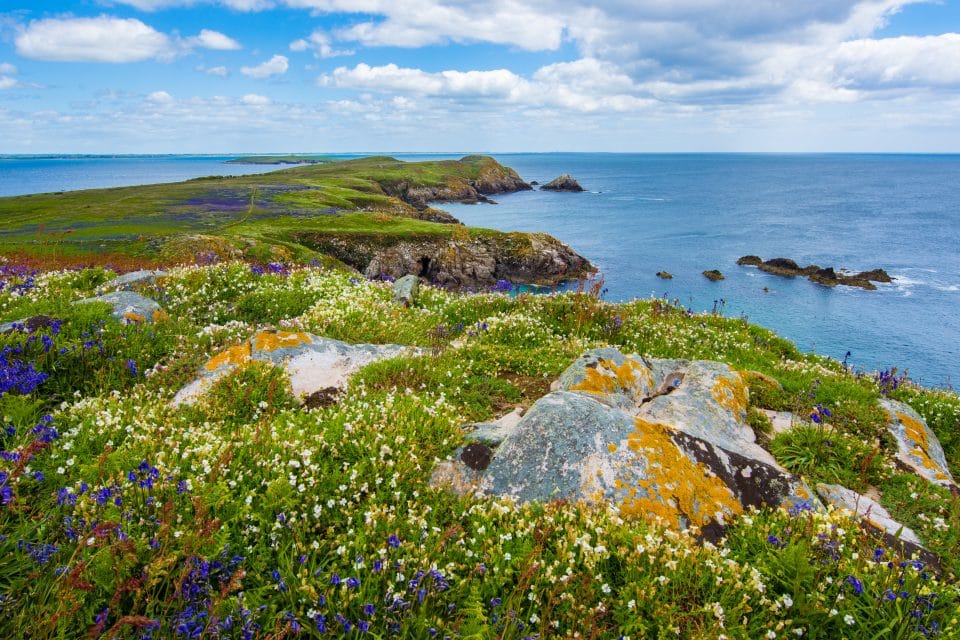 Considering that the island of Ireland has a privileged location with endless maritime resources, why it is not one of the leading producers and consumers of seafood in Europe and the world asks Cathal O’Donoghue.

On the south-western tip of Ireland, on the Beara peninsula in West Cork, Michael O’Neill and Aidan McGunn established TowerAqua, a multi-million euro shellfish farm with high-tech aquaculture facilities to organically farm a small mollusc: the Japanese Abalone, which is sold all over the world.

One of the key factors that make this farm different from its competitors, is that it uses custom-made engineering to produce the molluscs sustainably, with low energy costs and minimum pollution of the surrounding sea. In addition, Michael’s wife has established a novel business harvesting Irish Atlantic Sea Salt. It is a hand-harvested product combined with natural ingredients, used by leading chefs and restaurants in Ireland and it has won a Gold Star Great Taste Award.

Even though this area is full of resources and opportunities, its population has significantly dropped during the last decades due to the challenges of making a living off the rocky terrain on the peninsula and the poor quality of the roads. From Cork City, it takes the same amount of time to get to the Beara Peninsula than to get to the outskirts of Dublin, despite between only half of the distance.

Sea areas like the Beara peninsula, desperately need innovative developments, just like TowerAqua, in order to maximise the potential from the local natural resources and managing large productions in a sustainable manner, and to protect the resource for future generations and employing locals, so that people and their communities can continue to live in these areas while the industry grows.

The ‘tragedy of the commons’

The ecologist Garrett Hardin, described in his article in Science how sea fishing is being affected by what he calls the ‘tragedy of the commons’ that happens when a natural resource or area is shared. These areas create opportunities for different individuals who, by maximising their own personal gains, deplete the shared resource and ultimately end up collapsing it.

Aquaculture is the process where fish are bred and farmed in enclosed fisheries. This mechanism aims to avoid the ‘tragedy of the commons’ and the depletion of resources. Globally, aquaculture currently produces nearly half of the total fish harvest, helping to  meet global food demand and counterbalancing the depletion of the ocean resources.

However, aquaculture is not without its criticisms, due to concerns regarding its intensive production, which has a negative impact on water quality, along with disease risks amongst fish and interactions between native fish and escaped sea fish. This shows that one of the big challenges of this industry is to use appropriate technological and management solutions to farm sustainably.

The real map of Ireland

Aquaculture and fishing, are only the tip of the iceberg in relation to marine resources. The Marine Institute, based in Oranmore, County Galway, displays a very interesting map: the real map of Ireland, which includes both the land and the undersea territory of Ireland, where it can be seen that the marine area is 10 times the landmass of Ireland. 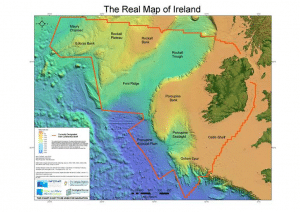 Apart from geographical interpretations, this map also shows the importance of the Irish seas and why the marine economy needs more investment and development. Surprisingly, even as an island nation, the Irish marine economy is relatively small. A particular manifestation of this is the fact that seafood is not as popular in Ireland as in other countries.

Currently, Irish people consume nearly 100 kg of meat per capita, whereas their fish consumption is just 21 kg per capita, which is below the EU-15 average of 26 kg and far behind Portugal, which consumes 59 kg per capita. Additionally, half of the seafood consumed in Ireland is consumed in restaurants, often by tourists, which makes one wonder how much is actually consumed by Irish people.

As Cathal O’Donoghue explains, the local multiplier of many of the marine sectors (varying from shipping and seafood to marine manufacturing and commerce) is very high. In fact, most of the marine sectors are amongst the top 20 percent of all sectors. Seafood, in particular, has high employment multipliers, meaning that economic growth is job-rich.

Given the size of the multipliers, the wider value chain is really important. One example of this is that apart from the 18,000 people employed in Ireland’s marine industries, a further 13,000 are employed indirectly across the wider economy, creating an additional €3.3bn in turnover. For every €100 in turnover from Ireland’s ocean economy, a further €78 is generated indirectly in other sectors and, for every 100 marine jobs created, a further 75 jobs are created in other parts of the economy.

If Ireland were to grow its marine sector from its current 1.2 percent of GDP to the global average of 2 per cent or to the European average of 3 to 5 per cent, it has the potential to tap into the €1,200 billion global marine market for seafood, tourism, oil and gas, marine renewable energy, as well as new applications for health, medicine and technology and in the process it would create significant numbers of jobs for Irish society, many of high quality even in the peripheral rural areas.

Many coastal Irish cities had their backs to the sea during many years, with derelict areas on sea and river frontage. Nowadays, these locations are gleaming new urban regeneration projects and are becoming amongst the most desirable places to live and establish businesses, just like the Beara Peninsula or the IFSC and the docklands development in Dublin. In order to develop the economic potential of the seas, a cultural change in Ireland is required. It is necessary to ‘turn our minds like our cities back to face the sea again’.

Extracted from UNLOCKING THE POTENTIAL OF RURAL IRELAND by Cathal O’Donoghue  – published by Oak Tree Press and available from www.SuccessStore.com and good bookshops. 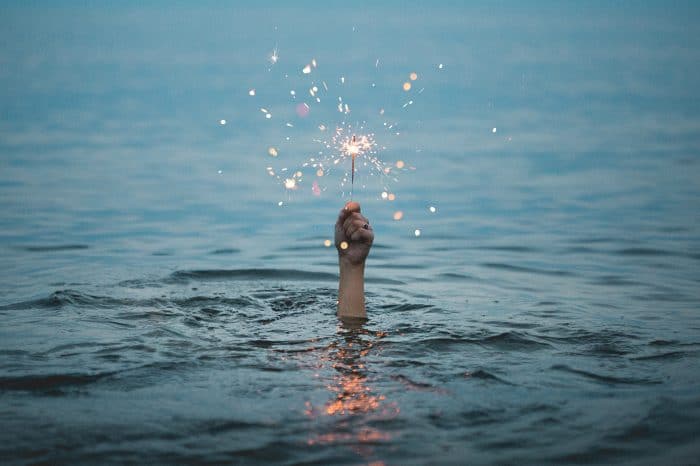 Systematic Innovation: The key to a resilient business 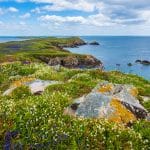