The unprecedented events of recent months have forced business owners to forget everything they thought they knew about leadership and break new personal and professional ground, writes CEO leadership coach Shane Cradock.

“Everything I’ve learned doesn’t work anymore. Covey’s 7 habits was fine before this happened.

But it’s all gone out the window!”

These were the words from a smart senior executive in a large firm in Dublin. We’d been introduced by a client of mine and it’s a conversation I’ve heard many times in various forms over the last month. They were describing the challenges of leading an organisation remotely in the midst of highly volatile circumstances while also juggling child-care, home responsibilities and ageing parents.

We have all been tested in a way you could have not have made up a few months ago. The way leadership has been tested will have huge bearings on the futures of organisations.

Rewinding back to pre-pandemic times in 2016,  in a study of more than fifty-two thousand managers done by McKinsey, it was found that 86% rated themselves as inspiring and good role models.  But in the same year, a 2016 Gallup survey found that 82 percent of employees saw their leaders as fundamentally uninspiring.

There is clearly a problem here and surely it raises a serious question mark over an industry I am part of, Leadership Development, which is in the billions globally every year. So it’s no wonder based on that kind of statistic that in today’s pandemic world, leaders everywhere have found that much of what they’ve learned isn’t useful any more.

The Value Of A Crisis

When a crisis hits, you see the true nature of people’s character. I have heard countless stories of people not in authority positions who have unexpectedly stepped up to lead the charge in their teams.  Of course, there are also stories of experienced leaders who are in their element, embracing the turbulent waters with gusto and doing really well.  But stories are also emerging of leaders caught like rabbits in the headlights, or others who have zero empathy for others and being found out through their behaviour over recent months.

A quote from Martin Luther King Jr. is particularly relevant now:  “The true measure of a man is not how he behaves in moments of comfort and convenience but how he stands at times of controversy and challenges.”

The value of a crisis is that it offers the opportunity of disrupting your usual way of thinking and also relying more on your instincts.  I’m seeing and hearing more and more of leaders recognising their own innate intelligence to adapt to what’s happening.

A business model is only valuable until it isn’t.  And the same holds true for leadership. Could it be that the real skills of leadership are more innate than we realise and that the popular models and frameworks being taught just don’t work anymore?

Most information shared on ‘great leaders’ is around what they do or did in a situation.  Rarely is it about how they got to a decision. Or how they used their minds.

If this statement is taken as truth, that means that success depends less on external circumstances and more on what’s happening inside a leader.  And my own experience holds this to be true.  I have seen enough business turnarounds happen and impossible goals achieved to know that success really does work from the inside out.

Soft Skills Pointing Towards Something Bigger

In January of this year, LinkedIn tapped into the power of its network and used billions of data points to see which soft skills matter most in 2020 and beyond.  It determined that adaptability especially in stressful situations and emotional fitness were among the most significant.  These would be referred to as examples of ‘soft skills’ but they are also inner skills.

For most, they are unconscious but they can be learned or uncovered is perhaps a better way of saying it.  What we are seeing now is a shift in recognition of what really works in a volatile and uncertain world – relying more on our innate creative instincts.  But central to that is learning how to use our minds in a better way.

Leaders doing well right now are all strong communicators.  But rarely do we look upstream to the cause of that clear and empathic messaging – a clear mind.

Here are three areas to consider if you’re looking to navigate better as a leader over the coming time:

As Peter Drucker once said:  “You cannot manage other people unless you manage yourself first.”

Central to that is how you manage your mind and your emotions which combine into your state or mood.  Research has shown that leaders can be up to 500% more effective when in a positive state.  Once you realise the power of this variable in your success, it’s obvious we need to train leaders how best to manage their moods, regardless of external circumstance.

This is linked to the first point and is a key element in successfully navigating through uncertainty.  As a client of mine said to me recently “The most important thing I can do is work on keeping a clear head.”  He’s doing exactly that, despite his industry and business being turned upside down – and it’s working.

The entrepreneurial mindset at it’s best is all about finding opportunities right in front of us. This mindset can be used in corporates too – but only if you’re willing to ‘let go’ of the way it was or the way you want it to be. After helping a CEO calm and clear his mind early on in the pandemic, he saw an opportunity in an area of the business he never really valued. A few weeks on and a new business is emerging that has potential in the millions.

He is part of a group that, early on in the pandemic, I offered to run an early morning meditation for.  Part of me thought a few would be interested, but I was surprised when they all jumped at it.

Since mid-March, we have been gathering daily at 7.45am to help everyone calm and focus their minds before the day begins.  I would never have considered this but for the pandemic, and it’s throwing open other possible business opportunities.

None of the above should discount the challenges we face, but the human spirit is a creative one.  It is also one that has a history of surmounting huge obstacles. We have the ability to shape our future in ways that we don’t realise.  The challenge and the opportunity for leaders now is to really dig into the unseen aspect of themselves,  the part that offers more adaptability, more creativity and more clarity.

It might be true that much of what you’re learned doesn’t work anymore. Maybe it’s time to start focusing on what does work?  A calm, clear you. 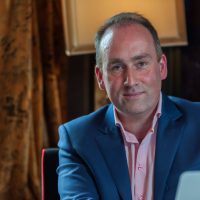 Shane Cradock is a CEO and Leadership advisor who runs programs and coaching around ‘State of Mind and Success.’ For further information, visit www.shanecradock.com.