Covid-19 will pale into insignificance when compared with the impact of climate change over the next 10 years. This is the opinion of KPMG Partner and Global Head of Renewables Mike Hayes who spoke to Barry McCall about the scale of the challenge posed by climate change.

“Climate change has the potential to bring about a financial meltdown on a scale which will dwarf anything yet seen. Some estimates put the value of assets which will be left stranded by the twin tides of climate change and decarbonisation at $40 trillion. To put this in context, the impact on global property values during the Great Recession has been estimated at between $1 trillion and $2 trillion” says Mike Hayes.

Climate risk will manifest itself in many ways. “From a financial perspective there are increased risks from floods, drought and other weather events while reputational risk will increase dramatically as certain behaviours become unacceptable to new generations of consumers,” Hayes notes.

He says companies need to understand that they don’t have to be in the oil or other extractive industries to be exposed to this risk. “Companies in areas such as airline catering, fashion, building materials and just about every sector will be affected. Products and services taken for granted today will not be acceptable tomorrow and business models will have to change in response.”

It is not too late to avert calamity, however. “The signs are encouraging that we are moving in the right direction,” says Hayes. “We have seen sustainability climb to the top of corporate agendas, moving from the CSR Manager’s desk and into the CEO’s office. This shift is being led by Fortune 500 companies and adopted by corporates around the world. It is being driven primarily by three very potent forces – investor sentiment, supply chain pressures, and employee power.”

Suppliers must meet increasingly stringent decarbonisation targets if they are to continue doing business with the top companies. We are only at the start of this trend.”

Investors are “beating the sustainability drum”, he adds. “If investee companies are not taking climate change and broader sustainability issues seriously investors may walk away with their capital. We are seeing this come up with increasing frequency at investor briefings, EGMs and AGMs.” Corporate agendas are also changing. “Companies are putting pressure on their supply chains in order to achieve overall carbon and climate targets. Suppliers must meet increasingly stringent decarbonisation targets if they are to continue doing business with the top companies. We are only at the start of this trend.”

Most fascinating of all, he remarks, is the way in which employees are forcing change in employers. “New generations of workers are saying they want to work for employers with a purpose and that salary is no longer the only key consideration. Oil companies are already reporting difficulties in hiring top talent and employers will increasingly be scored on their sustainability performance by prospective employees.”

There is also a growing appreciation for the scale of the coming climate crunch. “The transport sector is just one example,” he says. “Even before Covid-19 hit we had seen a pronounced and growing decline in business travel. Flight shaming was establishing itself as a corporate trend. At a political level, the EU is going out of its way to reengineer itself as a green economy by backing a green agenda. The EU Sustainable Action Plan on Green Finance, which has become known as the EU Taxonomy, is attempting to look at every single industrial and commercial activity and define what is sustainable and what is not. This is having a powerful influence in persuading the capital markets to put money into sustainable activities.”

These actions by governments, capital markets, employees and society, in general, are forcing companies around the world to change behaviour and re-examine their business models, Hayes believes. “The world has very definitely shifted on its axis and Covid-19 has provided some of the impetus for that change. In many ways, Covid-19 is the best thing that could have happened to the ESG and sustainability agendas. At the early stages of the pandemic, the belief was that it would shift the focus away from climate change. But it has actually awakened people to the realities of climate change. There is now an understanding of what can happen when the world is unprepared for a major event.”

Perhaps the next global pandemic could be a result of climate change. “Covid-19 has not just been a health crisis, it’s a financial and economic crisis as well. But its impact will be minor in comparison to climate change. One consequence of climate change is the permafrost melting in certain regions. This will result in the release of multiple pathogens that have been locked in the earth for millennia. We haven’t seen anything yet when it comes to pandemics if this is allowed to go unchecked.”

While climate and decarbonisation have dominated the agenda up until now, the social issues are beginning to come to the fore. “Movements like MeToo and Black Lives Matter have exposed and highlighted unacceptable social practices in various realms, and they have energised people to say that the old ways won’t work,” Hayes points out.

People now want to do things with a purpose and, very importantly, the link has been made between purpose and financial return. Companies which are not seen to have a purpose will have a less than healthy long-term financial outlook. Companies are no longer getting away with poor social practices. The bar has gone up quite significantly in ESG.”

Future progress on all fronts will be critically dependent on innovation, he concludes. “If we look back at the digital and technology revolution of the 1970s, we can see something similar happening now in relation to sustainability. Innovators around the world are doing some incredible things but what’s missing is the capital. That will come and I confidently predict that the technological changes we are seeing now will be trifling in comparison to what will happen over the next 10 years. We are about to enter a period of unprecedented disruption driven by the transition to zero carbon.” 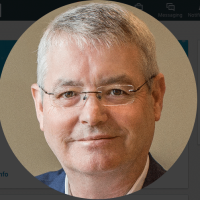 Enhancing skills with a toolkit from Nature