A traditional business plan isn’t always the best way to approach launching a business. There is a better way, says Alex Osterwalder.

If you want to develop a successful business, one of the greatest mistakes you can make is to write a formal business plan. This seemingly counterintuitive advice is offered by Alexander Osterwalder, ranked one of the top 10 business strategists in the world by the Thinkers50 Group.

“Business plans are a way to maximise the risk of failure. Why? Because it involves refining a fantasy that will look so good that you will go and execute it, build a product and will notice too late that it was probably wrong,”Osterwalder tells Decision.

Osterwalder says that instead of getting ‘hung up’ on your business idea, you should take your raw concept to the market and you should be honest enough to say that you have no clue as to whether it is going to work. Moreover, to maximise the chances of success, you are better off testing a number of business concepts as a ‘small bets’ strategy has a much greater chance of success.

“Plans and slide-decks can look very good. In testing, you might learn that there is nothing there. It sounds like failure, but it might be a fortunate escape and you live to try something else,” he notes. “Sometimes you might be on a pretty good path that just needs a tweak. It may be a detail in the value proposition, assuming you are not completely wrong. But if it is a bad idea, you cannot pivot yourself to success and you need to stop as quickly as possible. But you won’t know if it is a bad idea just by making a business plan.”

The Swiss business theorist and entrepreneur’s reputation has been built on his work with Yves Pigneur developing an innovative approach to business plans known as the Business Model Canvas.

The approach involved collaboration with 470 global practitioners. An associated book called Business Model Generation has sold more than a million copies. The book uses design thinking and features a highly visual, four-colour design that explains a range of strategic ideas and tools.

One of Osterwalder’s key ideas is that business concepts need to be developed into prototypes.

“The visual aspect is often underestimated. For the Business Model Canvass our goal was very simple: to create an artefact that would allow entrepreneurs and managers to visualise their model so that they could talk about it. That’s more powerful than one might think. It is very short so that you can prototype it and then ask what needs to be true for this idea to work. You test and then you iterate.”

Osterwalder believes his ideas are as relevant for established organisations as for start-ups noting that today ‘business models expire like yogurt in a fridge’. He suggests that the search for a breakthrough business idea might involve testing up to 250 projects at the same time, through the creation of an innovation funnel.He dismisses the idea that that figure of 250 projects is not feasible for an established company.

“You cannot pick winners. You need to make small bets in many things because not all of those bets are going to turn out successful. When you have an organisation with thousands of employees, 250 is not even a lot. Where it gets expensive is when you scale so you do that in stages. You let say one out of three of the best ideas bubble up to the surface and you do some more feasibility and repeat the process until you find the winners.”

Osterwalder is critical of the rhetoric many organisations currently have about innovation.
“There’s a lot of innovation theatre, often quite well funded. You hear people say We have an incubator, we have a hackathon. There’s not a lack of activity but there’s a very easy way to assess if a company is taking innovation seriously. Just look at the agenda of the CEO. How much time does he or she spend on innovation? If a CEO doesn’t spend between 20-40% of their time on innovation they are not taking it seriously. All the activity is just that, activity. The bandwidth of the senior leadership is what shows if it is taking innovation seriously.”

Furthermore, the leadership structures of many organisation don’t encourage innovation. Osterwalder favours the creation of the post of chief entrepreneurial officer, at a level equal to the CEO.

“We should have a more powerful function than one who reports to the CEO – or they person I refer to as the chief execution officer. You also need someone who has power to make innovation happen because otherwise you are just an entrepreneur in chains. You are fighting on two fronts. You are fighting for customers and the enemy within and you can’t win those two battles.”

Getting an established organisation to throw out its existing successful model is not the right approach, however, and he says that there are organisations that focus too much on innovation at the expense of the core established business.

Ostwerwalder distinguishes between the parts of the business that are good at executing with those that are good at innovating. They need to co-exist on two parallel tracks, with the ability to cross-over where value can be created.
“You don’t want to make innovation the sexiest thing in your company as the cashcow is typically the so-called legacy business. The innovation engine that you need to build is, by its nature, not good at execution which the legacy part is, so both parts need to work hand-in-hand. The innovators need access to customers. They need access to the brand and intellectual property. That’s the only advantage that legacy organisations have but today it is very hard for innovators in established organisations to get access to those resources, as crazy as that seems,” he notes.
Creating a culture where innovation thrives is one of the greatest challenges that organisations face.

“That’s about leadership teams creating the conditions for innovation to emerge. Innovation is a bottom-up human activity, not top-down. It’s not about a creative genius who is going to pick thewinning idea. It’s about creating the conditions for the best ideas to emerge, for the best entrepreneurial teams in your company to go out, experiment and discover what could work and then built that into a real growth engine.”

However, in most organisations the Key Performance Indicators (KPIs) are focussed on execution frustrating the best human talent. Companies, he says, fight to hire the best talent and then turn those people into mediocre performers because they don’t create the conditions for those people to thrive. Instead, they should be designing a culture that allows them to experiment and which tolerates failure.

“If you have a culture where failure is not encouraged or accepted, then you won’t have innovation. As Jeff Bezos has said, invention and failure are inseparable twins. If you can’t fail, you can’t innovate, so don’t even try.” 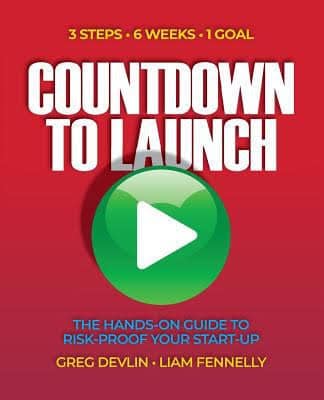 Navigating the rocky road to start-up 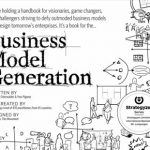