Home » Inside the Banking Crisis: The Untold Story

Inside the Banking Crisis: The Untold Story

As one of the BBC’s senior economic correspondents, Hugh Pym covered the banking crisis from its
revelation in 2007 and for several years afterwards.

As late as July 2007, he recalls, the banking world was still in a state of denial – as least publically.
The CEO of Citigroup Chuck Prince had dismissed fears that the music was about to stop , declaring
that his company was ‘still dancing’ and that while ‘the party would end at some point there was so
much liquidity at the moment it would not be disrupted by the turmoil in the US sub-prime
mortgage market’.

As Pym observes, the story of the crisis has no neat ending and while future generations may have
cause to be grateful to the politicians and officials who prevented a catastrophe, they will not thank
them for leaving massive debts and liabilities to be paid for a long time to come.
Still, as this book recounts in great detail, it could have been a lot worse. With the exception of a
small group of Ministers and policy-makers who worked frantically in Whitehall and the City of
London, nobody going about their business in October 2008 had any idea of just how vulnerable
Britain’s financial system was.

Pym focusses on the key event that took place that month, just a few weeks after the collapse of
Lehman Bros.

Gordon Brown emerges as a strong and insightful figure through the crisis, coordinating responses
both on a domestic and European level. Angela Merkel, initially seeing the crisis as a Anglo-American
centred one, and hostile to Brown at a Summit in Paris, is forced to change her position as there is a
growing realisation that European banks had comprised themselves equally, investing in the same
type of mortgage-backed securities as US institutions caught up in the sub-prime crisis.
Brown is credited with making astute appointments in the heat of the crisis. Paul Myners, an
experienced city hand, drafted into a key Government post, is seen as a crucial figure. Myners was
visibly stunned at the scale of the deficits revealed at HBOS and RBS when given access to the files
and helped develop a rapid Government bailout plan and coordination between between banks and
government officials.

As the RBS share price plunged by 40 per cent, major corporate investors with money in the bank,
hit the phone. Some of these had over £5 million in deposits. In an extraordinary meeting at the
Bank of England, RBS Group Treasurer John Cummins asked, poker-faced, if he could borrow a
staggering £25 billion there and then. What he did not know was that the same had been done for
HBOS just a few days before.

It didn’t end there. At a European Finance Ministers meeting a few days later Darling is called out of
the meeting by his advisor Geoffrey Spence to take a call from RBS Chairman Sir Tom McKillop.
McKillop tells Darling that his bank is going to run out of cash within hours and asks ‘what are you
going to do about it?’. Darling and Spence recall feeling physically sick.

As the scale of the crisis becomes ever more evident, resistance from the Bank of England collapses
and plans are brought forward for the announcement of the decision to pump £50 billion of
taxpayers’ money into the banks underwrite £250 billion of lending between banking institutions.
Brown was aware of the scale of the unprecedented gamble that he was taking, asking an aide: ‘Do
you think I will still be Prime Minister at the end of the day? The aide replied: ‘I don’t know but you
will be going out doing the right thing’.

Ireland gets some passing mentions. When we launched our unilateral bank guarantee, there was
huge concern about the flow of deposits from UK banks into Ireland. RBS subsidiary Ulster Bank
looked especially vulnerable to a flow of deposits south of the border. Chancellor Alastair Darling
voiced his irritation to Brian Lenihan in a hastily arranged call and received ‘an apology of sorts’ we
are told. When it was pointed out to him that the Irish banks’ balance sheets, like the UK’s, were
considerably larger than total Government spending, Lehihan allegedly responded that he hoped
people wouldn’t notice.

Well researched and colourful, Pym’s work provides some valuable inside detail on monumental
political and financial events of those fateful days.

You can purchase the book on Amazon 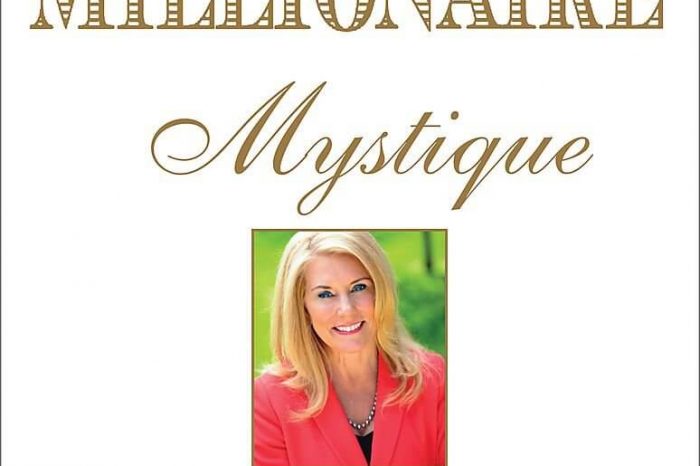 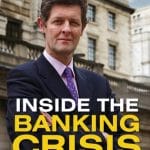 Inside the Banking Crisis: The Untold Story